In today’s article, I am going to be talking about How To Remove Toxic Metals From The Body. Why it is a good idea to do a heavy metal cleanse at least once a year. I will also share a list of supplements that can help to remove toxic metals from the body and the supplements I use. But first, let’s talk about how these metals accumulate in the body and some of the problems they can cause.

How Do Heavy Metals Accumulate In The Body

There are several ways in which toxic metals enter into the body from chemtrails, vaccines, harmful chemicals used as fertilizers, power plants, pollution from manufacturing plants, toxic waste, fluoride, and chlorine added to our drinking water, petrochemicals, cleaning products, cosmetic products, dental fillings, medicines, and pest control on our foods. So basically we either breathe it in, absorb it through our skin, ingest it, or through injections with vaccines.

What Are Some Of The Side Effects Associated With Metal Toxicity

In my opinion, the number one cause of Alzheimer’s, Dementia, and Autism is caused by Mercury and Aluminum in vaccines crossing into the blood/brain barrier and accumulating in the brain where the body can not expel it without help. As more vaccines are being required in children today than in my time the rise of Autism has also increased in children drastically. I plan on writing a more in-depth article about vaccines in the future.

Your body can naturally flush out a lot of these toxins by filtering them through the liver and kidneys however some are not as easily flushed out as others and if they start to accumulate that is when you will start having health issues. So I generally do a heavy metal cleanse once a year after a candida detox and I will usually skip a week or two between each cleanse to give my body a rest.

When doing a cleanse it is important to note that as toxins are being flushed out of the body you might experience bouts of fatigue, moodiness, or flu-like symptoms. This is usually caused because as the toxins start moving out of the body they trigger an immune response whereby your immune system acts as if the body is being invaded.

If you have already done a liver and candida cleanse first and have already flushed out a lot of toxins the heavy metal cleanse should be mild and you may not experience what is sometimes called a healing crisis.

A cleanse using all of the supplements listed above is only recommended in the most extreme cases, such as for those with Alzheimer’s disease or Autism. Combining just a few of these supplements should result in a metal cleanse that is remarkably effective while being relatively gentle on the body. Heavy metal cleanses should be followed for at least 10 days.

Can Mercury Poisoning Be Caused By Silver Dental Fillings

Did you know that most Silver dental fillings are not really silver they are largely made up of mercury? Those who have silver dental fillings are constantly exposed to mercury, so it would be wise for them to regularly supplement with cilantro and selenium. Mercury exposure causes routine mental disturbances, lowered IQ, confusion, weakened immune systems, and potentially Alzheimer’s disease. Cilantro can remove mercury from the body.

A Japanese physician, by the name of Dr. Yoshiaki Omura, successfully chelated mercury out of patients using 100 mg. capsules of cilantro extract, four times a day, for two weeks after the removal of the fillings.

The Dangers Of Excessive Iron In Men

A man’s iron level tends to grow constantly throughout his life and is a contributing factor to heart disease and strokes in adult males. The fastest way for a man to rid himself of excessive iron is to donate blood. Excessive iron can be an issue for post-menopausal women too. Resveratrol is critical for men because typical heavy metal cleanses do not remove iron from the blood.

Resveratrol is a compound found in foods such as grapes, raisins, grape juice, or red wine that men require. It can be obtained in supplement form too, but the supplements can be quite expensive. Without regular resveratrol intake, an adult male will accumulate toxic levels of iron in his blood. It happens to practically all adult men who lack grape products in their diets.

The Supplements I Use For A Heavy Metal Cleanse

I usually use a combination of Cilantro, Apple Pectin, NAC, and B Complex Vitamins followed by a Selenium supplement at the end. Now I order my products through either Swanson’s vitamins, or Vitacost because it is cheaper than your local health food store. The links above are to the specific products and brands I use but as long as you purchase a good quality product and brand it doesn’t matter where you purchase them from.

In closing, before you attempt to do a metal detox you should have already done a liver and candida cleanse first. If you haven’t done so, you can go back and read those articles for my recommendations. 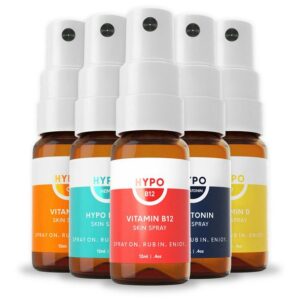